Changing the way you think and blog about books!

How I Got Skinny, Famous, and Fell Madly in Love
Ken Baker
Progress: 35/269 pages

This was a great short story.

It is about a woman who goes to her job that she hates. Well maybe not so much her job but her boss. Her boss who barges in without knocking when she is busy, who takes the last bit of coffee without making new coffee, who makes silly little changes to her hard work, and lets not forget the horrible bow-tie he wears everyday.

She dreams of being home with her husband, driving in their sports car on a beautiful day.

She is trying to calm down but just about when her work is done, the bastard comes in with changes to work she had done that morning. He assured her it was not her hard work but policy changes.

She was furious. It made her have to stay late....again.

She finally makes it out of the office and then gets the biggest surprise of all! And so do we.

Jane is the reason I am such a lover of short stories. 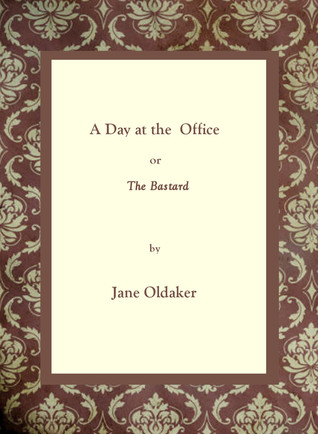 Review of "The Rosie Project" by Graeme Simsion

I am not into romance novels or romantic comedy novels but this book sure changed all of that.

I decided to read it because it was on all of the "must read" book lists back in January and I got to do a buddy read with this book also. I normally go by what I like and not what the lists say but this did have an appeal.

For those of you who don't know., this story is about Don Tilman. Not your average guy. He is a professor of genetics and has not owned up to it, only owning up to being different than others and more regimented, but he has a form of Asperges Syndrome. He has always suspected but later comes to an understanding.

Don has never really been on a second date or thought of himself as mate material until a friend said otherwise. Meeting a woman is something his awkward social graces have prevented him from doing and, if doing, then keeping said woman. Thus, with help from his friend Gene and Gene's wife, "The Wife Poject" is born .

It starts out with Don making a very detailed questionnaire which would eliminate woman who he is not compatible with ie who smoke, are not generally on time, are logical, that don't drink, etc. So you see the problem. He wants is all his way and will not bend. Imagine his surprise when he got a lot of these questionnaires back and most went in the garbage.

As Don goes through the questionnaire's his friend Gene helped to hand out, there is one that, Don unknowingly was set up on a date with according to the misinformation that Gene gave her (Rosie) about the "Wife Project" questionnaire.

Rosie is everything Don does not want. She is a barmaid. She smokes and drinks and is very late and very unregimented. But she has her charms and Don cannot deny that. She is beautiful and outgoing and so, so charming. The opposite of Don. They have a fun but sort of disastrous first date ("The Jacket Incident" as Don calls it) and Don cannot stop thinking about Rosie after that.

What happens though is Rosie, when she finds out Don works in the genetics department at the university Rosie is also at, she and Don start "The Father Project" ("The Wife Project" takes the back burner) which is about Rosie finding her legitimate birth father. Her mother was known to get around back in her college days so there are many possibilities as to who Rosie's father may be.

It is through all of the adventures that "The Father Project" take Don and Rosie on that Don starts to loosen up and to realize what a catch Rosie is and he also learns to be more social and less regimented. In fact, you will find out how Rosie's questionnaire, considering the fact that she was not compatible, ended up with Don in the first place.

This was better than any romantic movie I have ever seen and sweeter than my coffee with cream and tons of sugar. But it does not push the romance in your face which makes it good for anyone to read. I will not give away spoilers but it really is great to see Rosie take to Don and Don take to Rosie and to be with them as they have their adventures and their ups and downs.

It says at the end of the book it is being optioned for a movie and I will be the first one there. This would make a perfect movie.

one more good one for today.

Just so you know, I know a lot of these covers are similar. I sign up with tour comanies that have a wide genre of books that they do tours and book cover reveals for It just seems there is a lot of romance and ya. I would love some feedback on the covers. Thanks!

Come to my blog for giveaways from Claire Kent (Noelle Adams), Noel Adams and Samantha Chase, and Rachel

check out mhy blog while you are there. I am trying to run some of the good things here but it is hard. I blog all day long!

check out this great book blitz by two best selling authors. There is a giveaway also. My blog is not only about blitzes. Come by every day a few times a day for book news, interviews, reviews, humor, etc. For now, click here for the book blitz

check out this book and giveaway!

Come join my National Poetry Month Blogger's Challenge. Don't worry readers should be able to do the tasks also. Come have fun with me! Simply comment where the pencil is in case you are not sure.

This was an awesome short story.

It was about a former actor named Ben. Big Ben with the pockmarked face and his very tall stature always got the part of the heavy in Hollywood. Now Ben now lives in a trailer park and has nothing going on. He feels he is boring and just like a good old neighbor living a cruddy life. He used to be someone.

One night he went for a ride on his motorcycle to find a little excitement and discovered a horrible accident. When he saw how bad the girl was hurt, he knew he had to get help. He asked if a deer had hit the truck and she said it was a Rhino. He thought she was in shock.

When he got to the phone booth something very weird happened. In the middle of the call a body part came flying into the now cracked open phone booth. Ben proceeds to run into the nearby bar to sees more mayhem. His eyes cannot believe what is happening.

And what happens next is unbelievable. 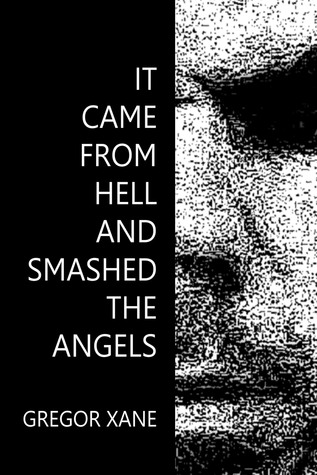 to here to check it out!

Come and see one of the two book blitzes I have for you all tonight! There is a great giveaway. Check it out.

Book Blitz coming up at midnight

I cannot tell you the book but I can give you a teaser:

then come back at midnight I have two blitzes. Always something! Check out the giveaways because they are almost over but more are coming next week I promise.

Thanks to everyone who has been going to my book blog. It was doing really well but has exploded. I have to reconfigure some stuff.

I appreciate your support of me and my blog.

I recently was in a blogger's April Fool 11 day Challenge. So i got an idea. I am doing a 10 day National Poetry Month challenge. It is for bloggers but I made the questions so that readers could answer them also. So stop by today and the next 9 days. The first challenge is  up. I already posted my answer! I hope you have as much fun as I did!\

looking forward to seeing you!